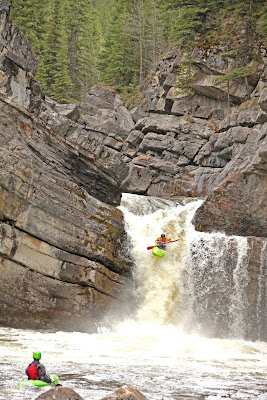 As you drive West, and away from the Albertan flat lands and into the foothills, the world around you changes and you no longer feel like you are miles away from any potential kayaking. As we ventured on towards Cameron creek, the day got progressively later and with a little more encouragement we put on to Cataract creek. 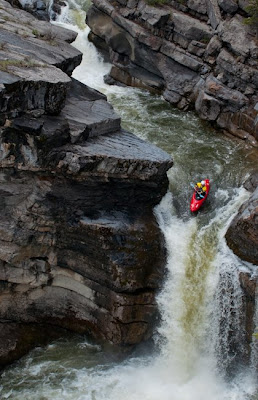 The beginning of the run is deceptively mellow, however this does not represent the character of what is to follow. The rapids, named after old greek characters gives you the sense that this run does provide a challenging quest through the East Kootney's. 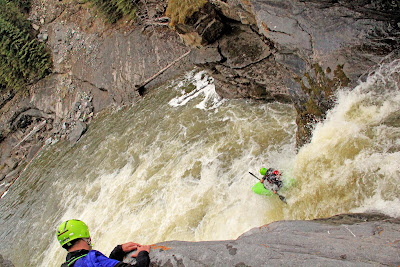 Cataract creek boasts an awesome two tier drop with the top part being of class VI quality, thus forcing one and all to seal launch into the canyon and continue down the 25 footer. 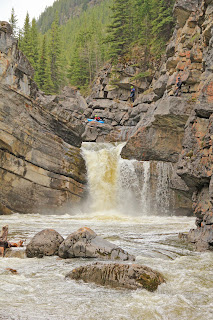 With the double drop behind us it was on down the river, the most notable other rapid was one of the last, leviathan, a rapid with a tricky entry followed by a shallow, sharp two tier slide. with the take out in sight it was time to think about camp fires, beers and catching up with friends. 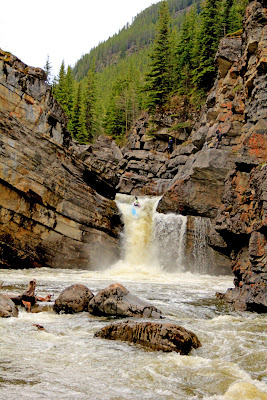