Wrap Up | davecrerar | Level Six Wrap Up – Level Six USA Skip to content
Shipping Delays Are Being Experienced up to 14 days Click Here For More Info
Free shipping on orders over $100 Click here for details
Shop now, pay later with klarna Get all the details here

This year has possibly been one of the

greatest years to date for myself. I moved to Canada four years ago with the

dream of being able to kayak and snowboard for the rest of my life, a pretty
unrealistic dream for most, but especially for an Irish man.  A recent you tube video has been
showing up on my face book, recently, a recording of Alan Watts, a philosopher,
and he talks of what you would like to do when you grow up. I hadn’t a clue. Most
of us want to be happy and have a sweet job that lets us lead a sweet life which
ultimately, is hard to achieve. 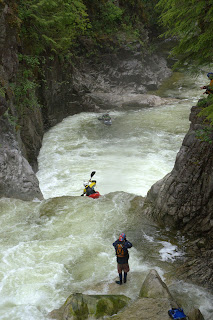 Rather than speculate as to some far fetched idea that I could become a self sustaining athlete or have a job that let me kayak or snowboard all year round I decided I would like to be in a job where I am happy or excited to got to work every day. In order to do this in a modern society a lot of us have to migrate towards the urban environment and work for some sort of industry, which is inevitably adding towards the destruction of the environment, which in turn leads to the ruin of our playground. It is a reality, a harsh but true one. 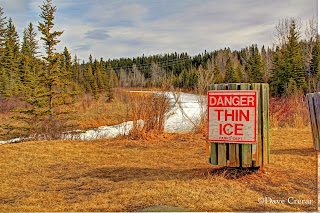 Two years ago I had to make a decision as to how I was to achieve my goal, immigration were on me to get a job that wasn’t season and so I chose fire fighting, which ultimately allows you to do what you love while fulfilling the modern need to earn in order to play. This year that dream came through and although it isn’t a playboy philanthropist bankroll that has resulted from this decision, it sure is a step in the right direction. 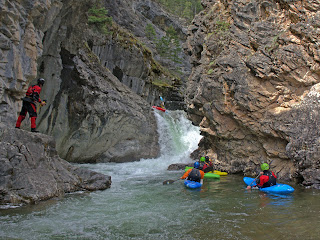 Where previously I have been fully immersed in the non urban constituency of kayakers and snowboard/ski enthusiasts I had to step away in order to get this new life rolling, as they say one must sometimes take a step backwards in order to move forward. This break from the bubble that is that transient, sport based lifestyle has opened my eyes to the level of commitment; the larger sports communities invest in making sure they live their life. They work to live, not live to work, although living for the weekend was something I once feared, these weekend warriors have truly shown me what it is to love your sport. 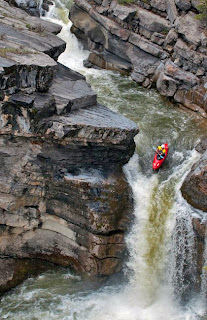 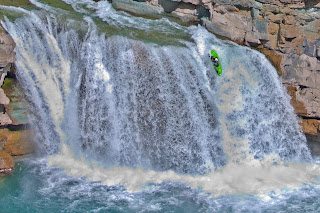 This season I have paddled with a large number of different kayakers, whether at competitions, amongst oversized groups racing down awesome class 4 or as part of the closely nit group of friends I have met here in Canada. Each and everyone of my newly met acquaintances have shown me what it is to WANT to kayak. Not that I didn’t want to kayak before. I just never saw the level of commitment these guys had to making it happen. It made working the jobs I had to, in order to achieve permanent residency, and ultimately my new life, bearable. We kayaked rivers in Alberta and BC, we camped in some of the most beautiful spots I have ever been, set foot on rocks only travelled across by a number of people before us. We lost a good friend, and made many new ones. Although I didn’t make it to the Grand Prix, or to surf bus eater for hours on end like seasons gone by, I attained a new level of ability and awareness both on the river and off. 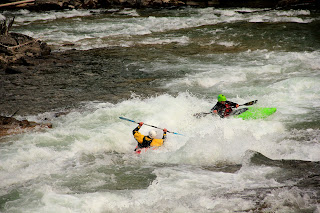 Alberta is not the oil refining, environment destroying land mass that I had been led to believe. It has given me the opportunity to paddle with so many people and see so many beautiful rivers and ultimately fulfil the goal of kayaking and snowboarding for the rest of my life. This season without a doubt has been my best, thank you to everyone that made it as good as it was, you know who you are and we will continue to paddle together for seasons upon seasons to come. 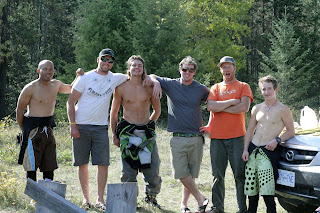